Nigel Hunt and associates provide treatment for neck and back pain, sports injuries and other joint and muscle problems

Andy is a former professional footballer having played for several clubs including Southampton, Swansea and Exeter. He later played for Salisbury and combined this with coaching football in many of the local schools.

Andy then started to lay the foundations for a career as a personal trainer and sports therapist, first gaining a diploma and later a degree in Applied Sports Therapy from Teeside University. A substantial part of Andy’s degree focused on exercise physiology, rehabilitation and their correct implementation.

He is now a physio at Eastleigh FC.

Back to Staff page 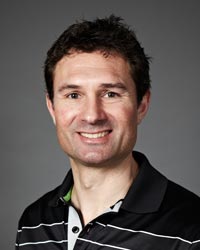 I'm immensely grateful to you for seeing me through 9 months of sciatica; it's been a tough time.Your advice, care and continuous excellent treatment is very much appreciated...

An elderly lady with severe sciatica had spinal injections...

When I found myself in extreme pain with both my neck and back and having visited the doctor who could only prescribe painkillers, I started to research chiropractic methods...

Dispelling the myth of the chiropractor from a 62yr old lady...

Please feel free to speak to Nigel Hunt and associates if you want to make an appointment or discuss anything first. We make every effort to reassure you and make you feel at ease when receiving our care..

Nigel Hunt and associates provide an efficient, friendly and up-to-date service for the treatment of neck and back pain and other joint and musculoskeletal problems as well as sports injuries.

Providing the latest evidence based treatments including manual therapy and spinal manipulation, acupuncture and exercise, together with advice about posture, pain management and lifestyle.